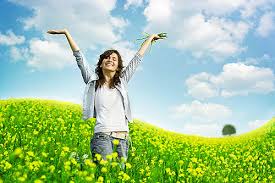 Amenorrhea is an absence of the menstrual flow occurring at any time between Puberty and the menopause, except during pregnancy and lactation, when such a condition is physiological.

Classification based on cause:

b.      Sometimes during adolescence

a.      Primary Amenorrhea: When the menarche does not appear even when the girl is over 18 years of age.

vi.     Injury or disease of Midbrain

b.      Secondary Amenorrhea: Cessation of menses for 3 or more months following normal menstruation-

i.     Cervical Stenosis or amputation of cautery

Commonest cause of secondary amenorrhea is pregnancy.

In chronic amenorrhea the symptoms are often only such as are characteristic of the pathological condition of which the amenorrhea itself is but a symptom  and are better considered  in connection with those conditions.

Acute suppression may give rise to symptoms which in character and intensity, will vary from those of ordinary menstruation- backache, heaviness and weight, pelvic pains to symptoms of profound disorder leading sometimes to severe and dangerous diseases.

The diagnosis of the amenorrhea is self-evident, but the diagnosis of the pathological condition which produces it is often a matter of difficulty and can only be accomplished by a thorough understanding of these respective states.

Causes of amenorrhea are to be remembered and the investigation is to be conducted accordingly.

This depends on ability to remove existing cause and is usually favourable.

Homeopathic Remedies for Treatment of Amenorrhea:

Fear that menses will not return and terrible consequences follow, labour like pressing in womb, patient bent double; tendency of head or chest complaints; vertigo or fainting on rising from recumbent position; amenorrhea in young plethoric girls who lead a sedentary life; menses stopped from cold bath; from sudden checking of perspiration; from violent emotion or fright; vagina dry, hot and sensitive.

In rheumatic, neuralgic, choreic,  or hysterical subjects; menses irregular, delayed or suppressed; ovarian irritation; uterine cramps; bearing down in uterine region and small of back, limbs heavy and torpid; suppression from cold and emotions; more generally useful in all classes of amenorrhea than other remedies.

First menses delayed, or disturbances at the menopause. ‘’Graphitis is in climax what Pulsatilla is in youth’’. Menses late, scanty and pale; pain in the epigastric as if everything will be torn into pieces; patient inclined to obesity; induration of ovaries.

We understand your health needs!

Homoeo Curantur is the India's largest online homoeo store bringing you the best quality products available in the market. Quality is what we believe in,all the products

we sell in this site are FDA and GMP compliance brands.Our pharmacy is maintained by experienced homoeopathy physicians with vast experience.

Be Healthy, Be Happy!

Sign up for our newsletter today for wellness tips and special offers.

You have to register inorder to add to wishlist.